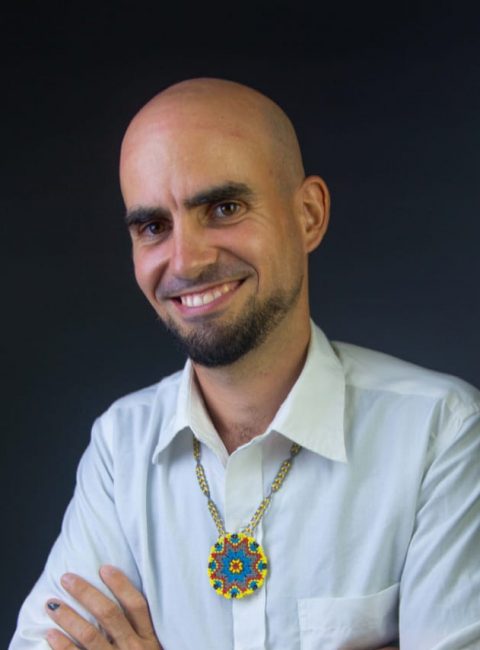 Born in 1989 in France from French and Spanish parents, Léon Ribas obtained a scientific bachelor in 2007. In 2010 he got a license in musicology, and in 2012 a master degree in education, in the Saint-Étienne University (France). In 2012 started to work as a teacher at public-school in French Guyana. He chose to teach in Taluwen, a Wayana village located at the French side of the river Maroni and stayed there 7 years. He almost become a Wayana Indigenous by adopting our culture traditions. He also gave support to college students and lessons to adults with public help programs in the village, and worked during his free time as scrivener, on demand.
Since 2021 he works at the Mulokot Foundation, as education coordinator, and leads a teacher’s team, to teach the Wayana children and young people from the Anapaikë village the education they really want.
Léon is a multi-instrumentalist musician, speaks various languages, he is concerned about environmental and every people’s cause, and is a man who stays very curious and loves to learn new things.

Léon Ribas has not been involved in any projects yet

Léon Ribas has not been involved in any events yet