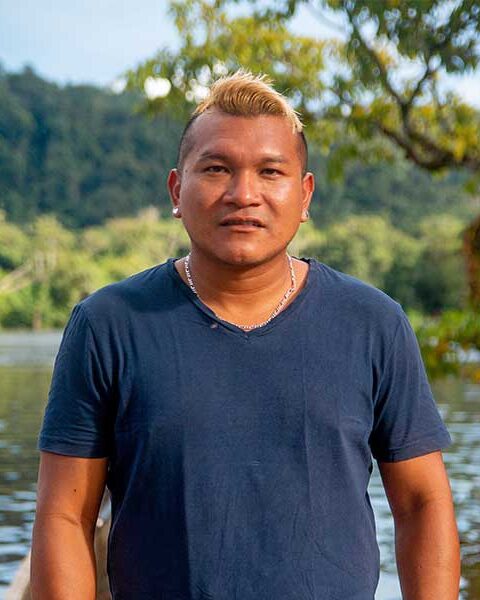 Tex is the treasurer of the Mulokot board. Tex was partly raised in the capital of Suriname, Paramaribo. He has a technical education and went back to his village in his mid 20’s. He has worked for the French Parc Amazonia as a community developer. Since the beginning of Mulokot he is active and has a creative mind. He likes to work with our youngsters, sports activities are his favorite. He makes traditional Wayana art (Maluwana) and makes music most of them are rap songs where he sinf=gs about the lives and problems of the Wayana indigenous.

Uhme (Tex) Aliwaupu has not been involved in any projects yet

Uhme (Tex) Aliwaupu has not been involved in any events yet